Flying From East To West

Buy me a coffee

Totally not a party girl but I’ve joined Gay Pride Amsterdam every single year since I moved to the Netherlands. I merely love seeing the happiness of the LGBT community as in my eyes, they’re always gorgeous and talented <3.

The 5-hour Canal Parade with more than 80 colorful boats made Gay Pride Amsterdam 2018 the most unique party in Europe this year. While the other parades use trucks, Amsterdam celebrates its freedom and diversity along the canals by the boats.

The presence of the famous DJ’s, singers, drag queens, gogo dancers, pretty boys and girls turned this party in full swing and tremendous fun. The parade on the canals was the highlight of Gay Pride Amsterdam every year, while the other activities like debates, exhibitions, film screenings, sporting events, and street parties attracted millions of tourists from Europe and all around the world to Amsterdam.

You may need this: Finding your way to Zaanse Schans

Missed this year Gay Pride Amsterdam? No worry! Here you go. A detailed schedule of the party next year for you to plan ahead.

It’s absolutely not overstating to say Gay Pride Amsterdam is the happiest party in the Netherlands. You would probably agree with me after seeing these photos! The polices, firefighters, tourists, young & old citizens, guys & girls, gays & straights, everyone was glowing with happiness on their faces.

You may also need this: Let’s Catch a Dance in Den Haag!

An interesting thing is each boat in the parade is sponsored by a big company or organization in the Netherland. You may see the logos of Uber, ING, Philips, Salesforce, etc. in the photos and video.

Watch my video to feel the vibe of Gay Pride Amsterdam

This site uses Akismet to reduce spam. Learn how your comment data is processed. 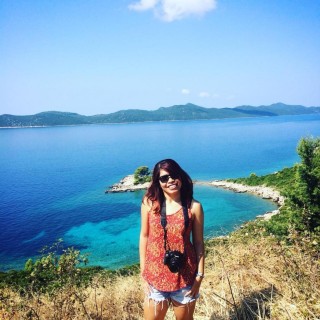 Hi! I am Jenna, a Vietnamese girl living in the Netherlands. I've been living in 3 countries and traveled to 23 countries and still counting. Hopefully, with my blog, I can spread the inspiration to get you moving. If you already own itchy foot, then here comes the useful tips and advice on the interesting destinations that you may visit someday. Stay tuned!

Buy me a coffee